The whiff of success

The Gold Sniffer’s journey from innovative idea to revolutionary product was a long one for inventor Jim Kendall, but his unwavering belief has him poised to change the world of gold mining and mineral exploration.

The light bulb went on for a sweaty Jim Kendall on 19 January 2011 at 6:50 pm. The Canadian inventor who holds four degrees in engineering was at his gym in Ajax, Ontario, when he finally figured out a way to turn photographic images into gold – or more accurately, to form images of gold particles using his revolutionary creation, the Gold Sniffer.

“At its core, the Gold Sniffer is a technology that combines spectral (i.e., light) and spatial information,” Kendall says from his lab at Conestoga College in Kitchener, Ontario. “The two issued and five pending patents are based on combining those two techniques. No one has ever patented that before.” 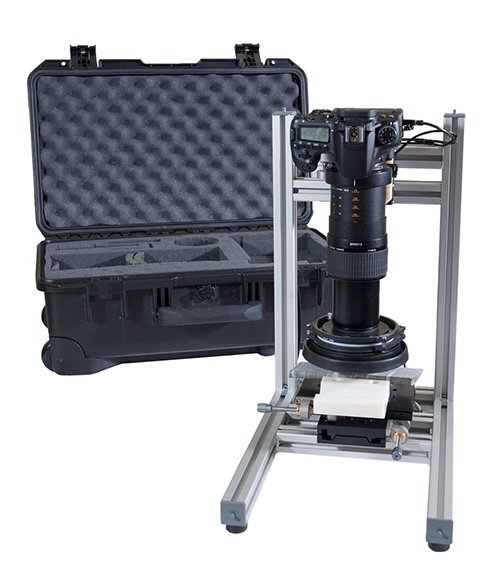 The Gold Sniffer uses a high-resolution camera and complex algorithms to detect minerals within samples.

The particulars of a particle detector

Like a Geiger counter that detects radiation to locate uranium, Kendall’s invention is a portable device that can quickly detect gold and electrum particles as small as three microns. It uses a high-resolution macro lens and a sophisticated CMOS sensor, like those in digital cameras, to shoot images of a mineral sample. Using complex algorithms the Gold Sniffer executes a pixel-by-pixel interpretation of the photo to find the gold particles in the sample.

“Gold has a unique colour, and there is some very deep physics as to why that is,” Kendall says. “So what the Gold Sniffer is really doing is looking for that unique colour in the digital image it takes. Combined with spatial data, it determines the gold grade and the number and shape of the gold particles in the rock.”

Currently, assays are the most common way to determine whether there is gold in a sample. An assay can take from days up to a month, “during which time,” Kendall says, “decisions need to be made, and decision makers can lack necessary information. The Gold Sniffer provides results in minutes.

Kendall hopes to start selling his invention this year. The path to commercialization, however, has been a long one for the descendent of miners from Cobalt, Ontario, the site of a silver mining boom in the early 20th century. 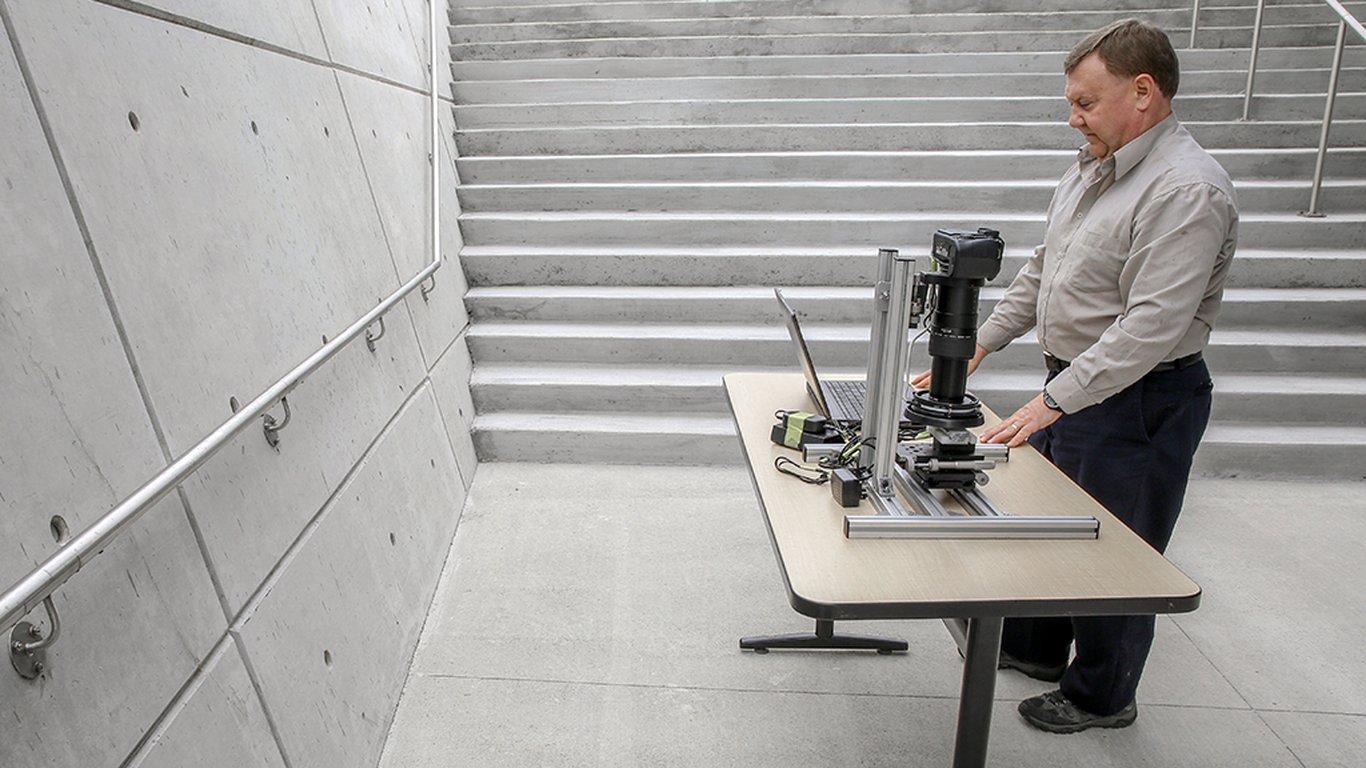 Minutes after the images are taken the results are available, helping decision-makers get informed quickly.

“Growing up, we used to get mining magazines delivered directly to our door, like the newspaper, and our family still has mineral claims in the area,” he says. “But when I went to university I studied engineering physics at McMaster University before getting a master’s and PhD in electrical engineering at Carleton University specializing in microelectronics.”

With his degrees in hand, Kendall worked in the microelectronics industry for 20 years, designing everything from transistor structures to entire design systems for microchips.

“You know, if you have an HDTV, you’re probably watching it through transistor structures that I designed,” he says.

A seed is planted

By 2007, Kendall felt it was time for a change. The electronics industry was mired in a downturn, so he decided to enrol at Queen’s University to study mining engineering and get back to his roots. It didn’t take long for the 40-something freshman with 20 years of experience in electronics to start attracting the attention of his peers. With his background, Kendall was a captivating candidate for research projects, and within a few months he began working on the one that would change his life forever.

“In 2008 and 2009, I took a job in Toronto with the mining company that was involved with the research project,” Kendall says. “That’s where the idea behind the Gold Sniffer was born. I worked with them for two years, but they eventually cut R&D spending, leaving me and the team without jobs.”

All was not lost for Kendall, though. He became the CEO of Excalibur Resources in 2010 and got the dormant mineral exploration company going again, starting exploration projects in British Columbia and Ontario and a gold mine in Mexico. It was shortly after leaving Excalibur, working off the stress of another day at the gym, that he had his Eureka moment.

Today he and his wife and business partner, Catherine Campbell, own Kendall Technology and its unique product, which will sell for 55,000 Canadian dollars (36,000 euros).

“It’s taken a lot of time, effort and funding to develop this product,” he says. “We’ve received government grants, invested substantial amounts of our own money and spent a lot of sleepless nights to get the commercial version ready, but it’s all been worth it.”

Kendall stresses that his invention will not replace assays completely, and that there is room for both the Gold Sniffer and traditional methods of exploration within gold mining.

“Assays won’t go away, as they’re typically built into legal structures,” he says. “And anyway, I believe the Gold Sniffer will spur on more assays because it encourages gold exploration.”

It smells like Kendall may be on to something.

A 90-minute drive northeast of state mining hub Kalgoorlie and situated in the same prospective goldfields as some...

The use of unmanned aerial vehicles in mining applications has soared as companies are recognizing and reaping the...

Sandvik MB670-1 represents the newest generation of the company’s innovative bolter miners that have prov...

The whiff of success

The Gold Sniffer’s journey from innovative idea to revolutionary product was a long one for inventor Jim K...

The Japanese government is looking to mine the rich seafloor deposits bordering its country by commercializ...

T-minus 10…9…8…. Mining in space may be years away, but the countdown has started, and several compan...

The rock-strewn Ural Mountains mark the traditional historic boundary between Europe and Asia. Under their ...

With more than 25 years of experience in the mining industry, Mark Roderick, general manager at Australia-b...

The Sandvik DE130xis a fully certified exploration drill rig for underground coal applications according to...