The tough Sandvik HX900 material has helped a copper mine in Arctic Sweden improve environment, health and safety (EHS) conditions while increasing productivity.

Sandvik partnered with engineering consultancy firm Prime Solutions to develop a modular solution that improved the quality and efficiency of maintenance procedures at a copper mine in northern Sweden. The conveyors that helped to transport millions of tonnes of crushed rock to the surface of the copper mine were subjected to heavy impact and abrasive wear, posing safety and productivity concerns. Frequent maintenance sessions were required, interrupting production and creating safety risks for employees. Situated in the heart of Swedish Lapland, the copper mine is so far north that temperatures of below -20C are commonplace. Despite such harsh conditions, more than 100,000 tonnes of chalcopyrite and pyrite are mined and transported around the clock every day at the open-pit mine, which yields vast quantities of copper alongside some silver and gold. Combining Sandvik HX900 wear protection and materials knowledge with Prime Solutions’ system engineering into a new chute design gave the mine owners increased productivity and improved working environment safety for the mine owners.

”The increase in productivity is worth around 300 million Swedish kronor

With large mining equipment operating around the clock in an environment that experiences extreme cold and total darkness in December and January every year, the mine’s top priority is the safety of its 600-plus employees. One recent example involved the chutes used to transport vast quantities of rock for further processing.

Dangerous environs The impact of the rough crushed rock caused the chute liners to become damaged on a regular basis and therefore require regular inspections. The risk of injury from falling rock during the maintenance sessions was high, while noise levels sometimes exceeding 100dB and dusty environment also caused problems. In addition to the EHS concerns, each inspection required production to be stopped for an eight-hour period every two weeks or so. “Before our installation, maintenance workers needed to stop production and go into the chute itself,” explains Oskar Larsson, product manager wear protection at Sandvik Mining and Rock Technology. “All the maintenance work took place inside the chute, with poor lighting and the risk of falling objects. The chute was not designed for such maintenance, so it was dark, dusty and hazardous work. “Although they didn’t have to change all the liners every week, they had to inspect them and replace any that were showing signs of wear,” Larsson says. “All the mined material goes through the same chute, so all three crushers had to be closed down for every maintenance session, bringing production to a complete standstill. Over the course of a year, around 330 hours of production were lost.” Prime Solutions is a specialized engineering consultancy based in Sundsvall, in central Sweden. It has worked with the mine on projects including rock crushing hammers and the cable drums of the electric excavators, and was charged with finding a solution for wear protection of the chutes.

To improve wear times within the chutes, the firm used Sandvik HX900 composite, a unique material that combines the wear resistance of cemented carbide with the shock resistance, ductility and forming capability of nodular iron. The resulting hard material is ideal for high-impact situations in harsh environments. Drastic improvements In field tests during development of the material, Sandvik HX900 wear plates could handle 250,000 tonnes of material before requiring replacement, compared with around 60,000 tonnes for hardfacing AW5 and AW6, and less than 50,000 for other materials such as rubber, ceramic rubber and chilled cast iron. The same tests showed that not only is Sandvik HX900 the longest-lasting material, it’s also the most cost-efficient, representing a 25 percent to 50 percent saving on hardfacing AW5/AW6 and being three to six times cheaper than other material solutions when the total cost of ownership is considered. “SANDVIK HX900 is a one-of-a-kind wear protection material that we have developed inside Sandvik for the past 30 years,” Larsson says. “We proposed it, but the challenge was to come up with the right castings for the chute.” But finding the right material was only one part of the solution. Although Sandvik HX900 would extend the life of the chute liners, the risks for maintenance engineers had to be addressed.

Sandvik HX900 is implemented in the mining and mineral handling industries, steel works, concrete plants and road maintenance. It is used in crushing, fragmentation and grinding operations, where it can easily replace conventional wear-resistant steels, castings and hard-facing on wear parts subjected to severe stresses. It is produced in the form of composite or clad. The casting method used in both cases provides a metallurgical bond between the cemented carbide granules or tiles in the wear zone and the nodular iron in the base metal. It is also possible to have a mixture of composite and clad. APPLICATIONS INCLUDE: • Sliding • Crushing • Milling • Mixing • Cutting • Scraping • Grinding

Sandvik and Prime Solutions came together to develop a modular design for the new chute. This meant the chute itself could be removed and replaced with a spare, allowing maintenance to take place elsewhere. This means less disruption to production and less risk of a rushed maintenance session. The modular, two-chute solution eliminates time pressure, allowing engineers to completely focus on the task. “We spent a lot of time documenting procedures for maintenance routines and spare parts to improve the process for the maintenance engineers,” says Håkan Zaar, CEO of Prime Solutions. “In addition, the improved design of the complete chute resulted in a noise reduction of around 20dB.” The mine’s managers were delighted with the combined improvement to safety and productivity. Several major risks of injury have been minimized, and maintenance now takes place in a well-lit, well-equipped workshop. Sticking to schedule Because maintenance shutdowns are now needed less often, they can be scheduled based on performance, not necessity. Due to the enhanced wear protection and design of the new chute, they can put 16 million tonnes of rock through the chute before it needs a substantial repair, which is about 20 weeks of operation. “The savings on person hours alone is more than one million Swedish kronor,” explains Zaar, “although the biggest saving was the increase in production efficiency. For every lost hour of production, the mine owners lost out on around 1 million Swedish kronor. The increase in productivity is worth around 300 million Swedish kronor. From the maintenance staff to the senior management, everyone involved was very happy with the results.” Prime Solutions’ familiarity with the low temperatures and tough rock of the region and specialist knowledge of engineering solutions within other industries was enough for it to reach out to Sandvik. 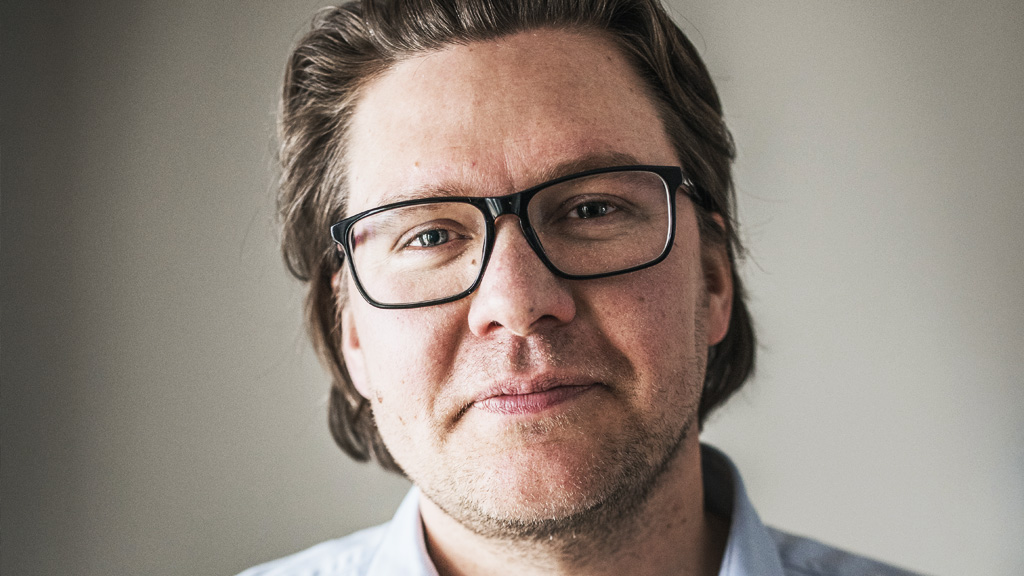 “Sandvik is a very well-known company here in Sweden, but even so, Sandvik HX900 material was not so well-known,” Zaar explains. “I’ve been interested in composites since working in the Swedish air force, so I was very interested in figuring out if there was a better material available than rough hardfacing metals. I contacted Sandvik, which introduced me to Sandvik HX900, and we’ve worked together ever since.

“I’ve worked a lot with handling systems in the paper and steel industries, so I have a lot of knowledge about material fatigue,” Zaar says. “Some of the solutions I’ve been working with were designed for steam locomotives from years ago, but they can be applied to heavy mining, whereas some modern systems don’t work so well. I immediately saw the potential in Sandvik HX900.” Zaar believes the benefits of such a modular system featuring Sandvik HX900 can be enjoyed by many more mines around the world. “With the extended life of Sandvik HX900, inspections and maintenance can be pre-planned, something that was not possible at the mine before this solution. Few mines that I know of can be so proactive with maintenance routines. There are many other mines that would benefit from solutions of this kind.” Safety first and foremost Both parties agree that bringing together Sandvik products and materials knowledge with Prime Solutions’ system engineering experience gave the mine owners a solution that no single company could provide. “Safety is paramount in all mining operations, but in harsh environments we all have to go the extra mile to protect each other,” Larsson says. “Sandvik HX900 can drastically improve wear protection in crushing, fragmentation and grinding operations, leading to increased productivity. But by working in cooperation with others, as we did with Prime Solutions in Sweden, Sandvik products can have a real impact on safety, too.”

Modern society’s demand for metals and minerals will continue, as will its insistence that they are sourced sustai...

Since taking over as president of Sandvik Mining and Rock Technology in April 2019, Henrik Ager has guided his cha...

Improving the air down there

Creating better air quality in underground mining environments is one of the most pressing issues facing mining co...

Driving each other to safety

Dedicated to safe, fair and sustainable mining, the International Council on Mining and Metals is a collaboration ...

The EU-funded underwater mining project ¡VAMOS! continues to prove that conventional thinking can be overcome thro...

A quest to coexist

In a move to control energy costs, and take care of the environment, more mines are looking to renewable energy so...

The tough Sandvik HX900 material has helped a copper mine in Arctic Sweden improve environment, health and safety ...

First all-electric mine gets the green light

Sandvik and Goldcorp partner to develop the first all-electric mine in the world.