High tech in the coal mine 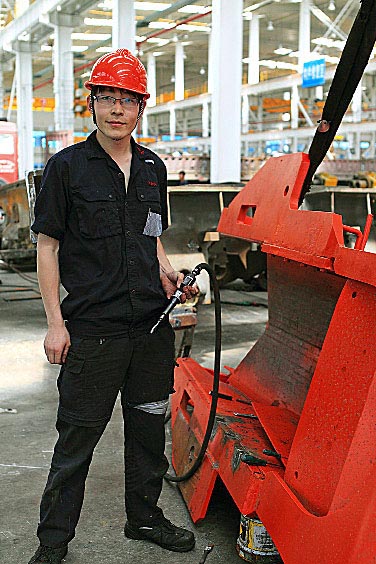 China’s rapid industrial development is unique in modern history. Never before have so many people been lifted out of poverty in such a short time. The energy to fuel this growth is provided primarily by coal-fired power plants, and China has become the world’s largest greenhouse-gas emitter. The government is now encouraging the development of cleaner energy. Ambitious goals call for a near doubling of the proportion of renewables – hydroelectric power, solar energy, wind power and biofuels – in the country’s overall energy mix, from 8 percent in 2006 to 15 percent in 2020.

Shares of China Shenhua were listed on the Hong Kong Stock Exchange in June 2005 and on the Shanghai Stock Exchange in October 2007. Two Hong Kong billionaires, Lee Shau-kee of Henderson Land and Cheng Yu-tung of the New World Group, invested in the listing in Hong Kong, as did some big Western fund managers. In 2009, China Shenhua’s coal sales were 254 million tonnes. Its total operating turnover amounted to 121 billion yuan (US$17.9 billon). It has surpassed US-based Peabody Energy.

Still, China is the world’s leading coal producer, and building conventional coal-fired power plants is the fastest way to increase electricity supply. Traditionally, coal production has been rather dirty, inefficient and dangerous. However, in the autonomous region of Inner Mongolia, around the city of Ordos, the situation is different. Here, Chinese miners and scientists are ramping up production and finding new ways to burn and bury carbon. With new technology, China’s annual coal production reached 2.8 billion tonnes in 2008, most of it for domestic consumption.

“The first thing people do when they get up in the morning is to check who has bought new cars. How much did they cost? Which brand?” says a taxi driver.

Much of the coal mining industry in Inner Mongolia is more modern, efficient and clean than in the nearby coal-producing provinces of Shanxi and Shaanxi. China Shenhua, the world’s biggest coal company, is at the forefront of the new development and runs several mega-mines in the region. The most advanced ones are fully automated. Many of China Shenhua’s mines are located in Shendong, an area that hosts four of the world’s 10 biggest mines.

Productivity at Shendong is among the world’s highest, and safety is on a par with underground mines in the United States, according to a report by the independent mining and geological consulting firm John T. Boyd that accompanied the prospectus for Shenhua Energy’s initial public offering in 2005. Shendong’s fatality rate is one of the lowest in the world, even lower than at many US coal mines. The importance of safety has led China Shenhua to use technologies and equipment from Sandvik in several of their mines. Managers and miners alike praise the featured designs and functions of the equipment. Safety switches and remote-control operating systems help keep miners out of harm’s way and away from dangerous working zones.

According to Che Houwei, captain of the No.1 mining team, the Sandvik MB670 bolter miners have many advantages and can handle exploration in complicated geological structures. “Sandvik’s products help us to guarantee the project’s quality,” Che says. “In addition, they can cut while installing the support bolts, which prevents separation on the mine roof and coal slides. The machine causes little damage to the mine floor, has a low failure rate and allows longer operations, thus improving efficiency.”

The MB670 has helped Che’s team set several company production records, including a record advance of 726 metres reached in May. Sandvik’s Chinese clients are impressed with the company’s performance and the fact that its representatives respond immediately to any request. To deal with growing demands from Chinese clients, the company launched its largest assembly centre for coal mining equipment in China last year.

While China’s soaring demand for oil and natural gas has had a large impact on world markets, the country’s huge coal reserves will supply most of its energy for decades to come, even if it succeeds in increasing its production of renewables. The Chinese have a saying “Xue zhong song tan,” which literally means “To give some coal to someone on a snowy day,” the equivalent of lending a helping hand to someone in need. China Shenhua Energy is lending the Chinese government a helping hand by modernizing and developing the coal industry with new technology to guarantee that China gets electricity to support the continuation of the nation’s industrial revolution.

In March 2008, China Shenhua started production in the gigantic Buertai coal mine in the Shendong area near the city of Ordos, Inner Mongolia. The investment amounted to 4.5 billion yuan (US$660 million). Buertai covers a total mining area of 193 square kilometres. The mine, one of the world’s largest single shafts, was designed for annual production of 20 million tonnes over 77 years. Its main elevating belt is 2.2 metres wide and carries 7,000 tonnes of coal per hour.

How will an industry that extracts our planet’s raw materials become more sustainable? To make meaningful ch...

Adam Slusser loves his job. And why not? At 34, the aggregates plant manager of the CEMEX Balcones Quarry in Texas...

Rock processors are under pressure to respond to rising challenges such as climate change, energy consumption and ...

Basalt production has increased by 20 percent since Vogelsberger Basaltwerk modernized its processing plant by ins...

At the heart of the process

Digitalization is improving predictive maintenance and enabling better-informed, fact-based decisions in the sulph...